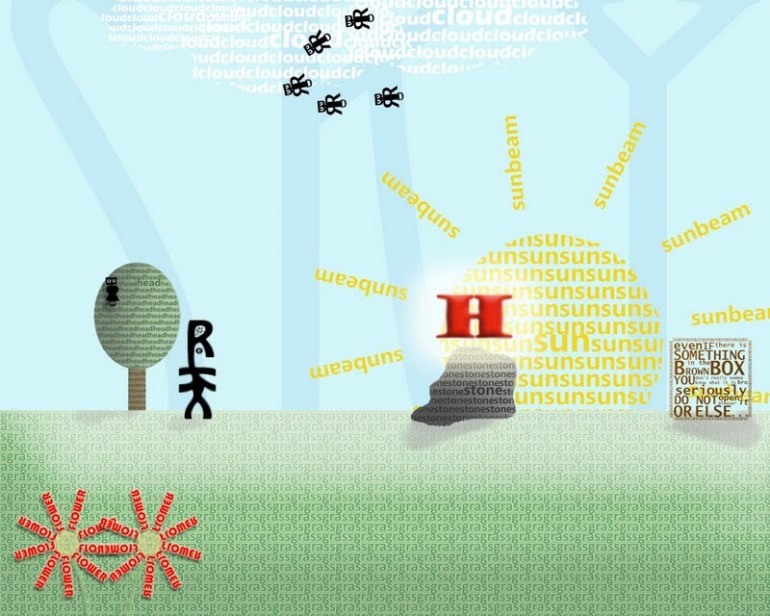 What: A puzzle platformer about letters. The whole game consists of letters: the environment, the characters, the objects. The main character is Ricky. He he is composed of letters “R,” “i,” “C,” “K” and “Y.” Ricky travels around the world and encounters various obstacles in his way. The player has to defeat mosters, talk to NPCs and solve various letter puzzles.