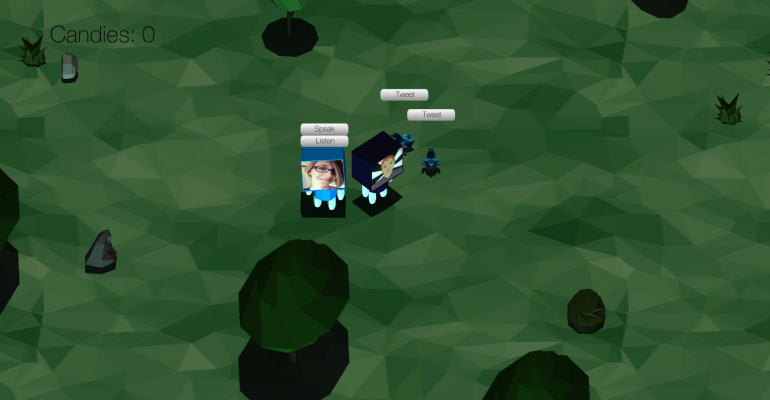 What: A ridiculous MMORPG with highly anti-social content made for Global Game Jam 2014.

The world of TVittr is in chaos. The evil king Komm has speculated on the candy market, which lead to a recession, forced the #gvrnment to increase the external candy debt and ultimately lead to a political and tveconomic meltdown.

TVeople are in panic: candies are now distributed unevenly and most of them are concentrated in the hands of the richest 1% of the population. You are a new member of the rebel organisation #TVittrSaga. Your goal is to reboot the tveconomy and build a fair new society where everyone can have as many candies as they want. You have to gather all the candies in the world of TVittr, crush them and defeat king Komm. 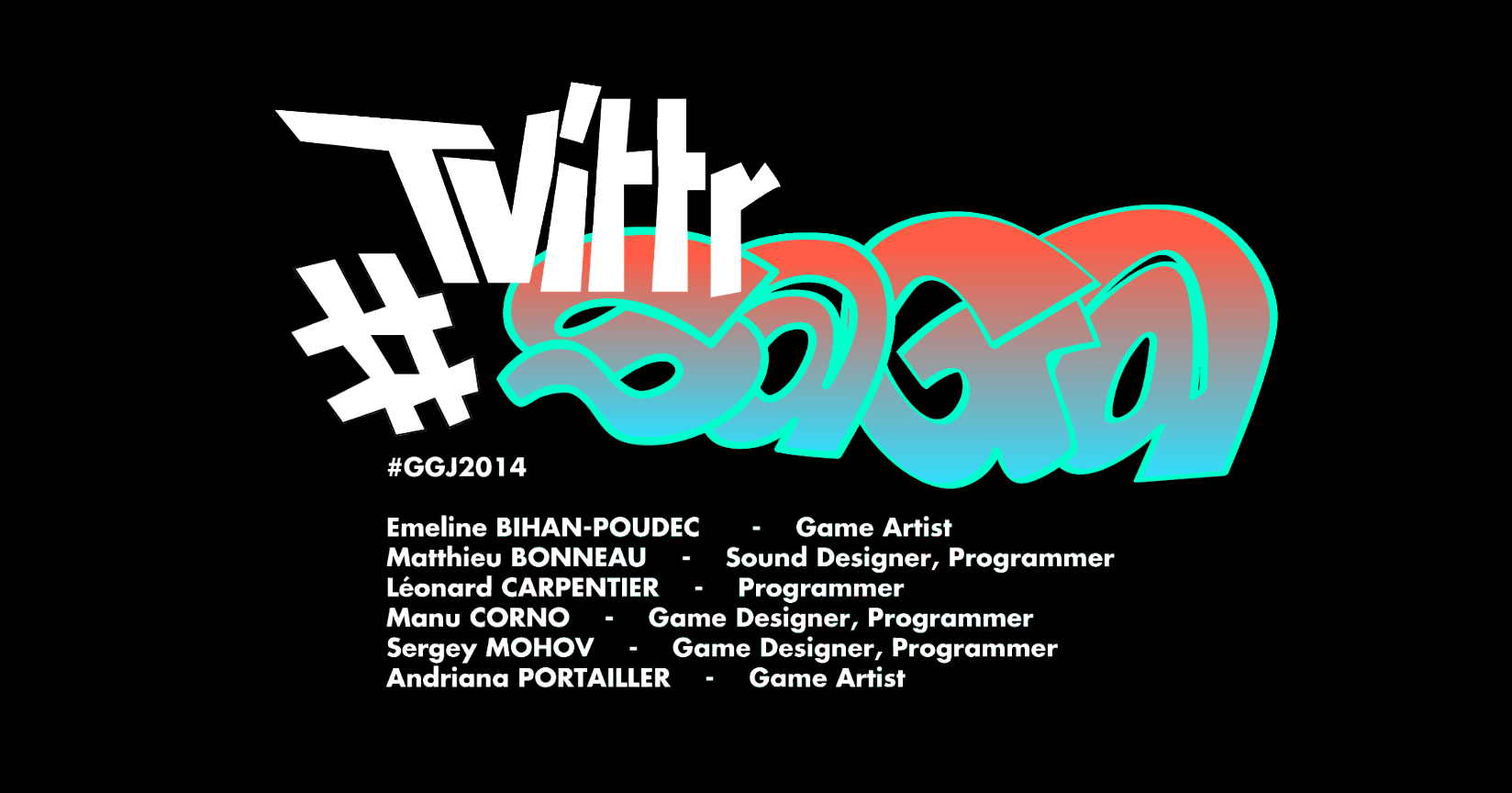