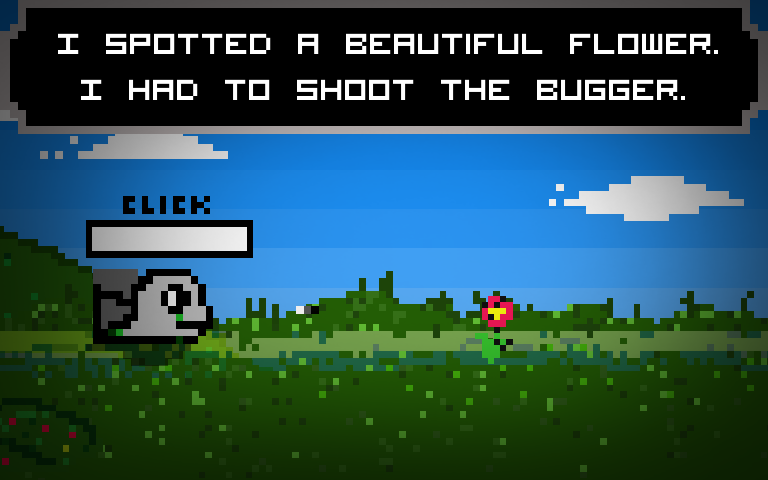 What: The game is called Dissolution. It doesn’t have a genre and combines various elements of platformer, adventure, RPG and puzzle. The protagonist (his name is the Dude) is an amorphous creature with mentality of Max Payne who once wakes up in a cheerful and colorful world and can’t stand it the least bit. Dude tries to find his way out and fights various obnoxious unicorns and fairies while trying not to be consumed by this inhospitable environment.

The world is constantly in motion, as black-and-white (part of which is the protagonist) does its best to consolidate its efforts and gather up enough resources to defeat the vicious creatures of light.

As Dude moves across the terrain, he slowly submerges in the flowers and grasses, so the player’s task is to find sources of black and gray and munch them to develop some kind of resistance and eventually evolve into something bigger and stronger.