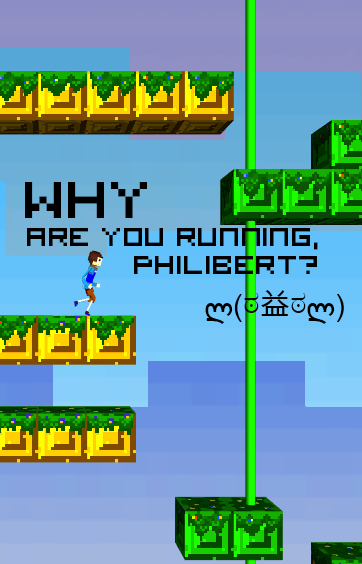 Why Are You Running, Philibert?

What: An infinite side-scroller with procedural level design, where the player does not control the character and controls the platforms instead, using…a strange green thing.